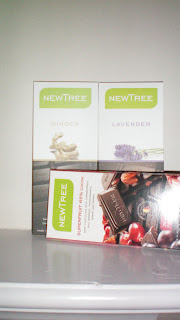 Well, I gotta say, anyone who eats chopped-up pig face (and lives to tell the tale) is deserving of some good chocolate, so the NewTree Chocolate bars go to Elaine! Thanks everyone for sharing your stories. Keep reading for more giveaways soon!
Posted by Candy Yum Yum at 8:11 PM No comments:

Valentine's Day is on its way! 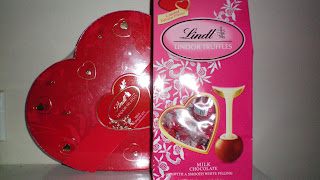 This morning the Sugar Baby decided to play "grocery store" and he unloaded everything from my pantry onto the bookshelves in my living room. Stacked in the front window are boxes of Rice Krispies, Apple Jacks and taco shells. There's condensed milk and applesauce in front of the home repair books, and frosting, red beans and Sleepytime Tea in the fiction section. The only candy present is a bag of leftover Halloween candy, mostly lollipops and Smarties. The stash of Christmas goodies has diminished to the point that I'm ready to take on the next holiday: Valentine's Day. Yes indeed, it's right around the corner. Are you ready? Have you thought about what you're going to give your sweetie?
This year, Lindt has come out with some Valentine's-themed packaging. It used to be that you could only get a few basic brands of chocolate in heart-shaped boxes at regular old supermarkets and drug stores. Thankfully that's all changed now because, really, who doesn't love a heart-shaped box?
Posted by Candy Yum Yum at 8:28 PM 1 comment:

DOVE Chocolate is currently hosting a giveaway on Twitter offering a free coupon for one Dove Silky Smooth Chocolate Singles Bar. There will be 2,011 prizes offered, and all that has to be done to enter is to send a reply including your #1 Promise to yourself in the new year and the hashtag #DOVE2011Promises to @Dove_chocolate. The contest is going on now and running through January 31, 2011.
Posted by Candy Yum Yum at 8:22 PM 1 comment: 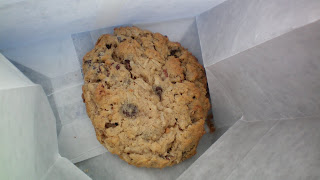 There's a fancy little "grocer" a few towns over that sells ridiculously over-priced goods that you can get for a few bucks cheaper at the more plebian grocery store down the street. While places like this generally turn me off, I have discovered the true beauty of this place: their bakery. I haven't tried any of the big things, like the cakes or pies, but the individual pastries have all been delicious and astonishingly reasonable. Take, for example, this Cowboy Cookie that was $1. Made with oats, coconut, toasted pecans and chunks of chocolate, it was well worth every penny. All one hundred of them. I wrote it about it here.
Posted by Candy Yum Yum at 8:43 AM 3 comments:

In an ironic, unfortunate event, Candy Dynamics has issued a recall on their Toxic Waste brand Nuclear Sludge bars, all flavors. Recent tests showed that the candy, made in Pakistan, contained lead in the cherry flavored bars. Get info here.
Posted by Candy Yum Yum at 10:13 AM 1 comment: 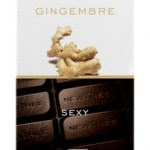 Photo courtesy of the NewTree blog, since my camera has once again crapped out on me.

I'll be totally honest and say I was suspicious of NewTree chocolate bars from the get-go. I was sent four sample bars: Dark 65% cacao with flax seeds and crisped rice; Superfruit 65% cacao with cranberries, goji berries, pomegranate, grape and papaya; lavender; and ginger.
Now, you know how I am with chocolate. I (usually) much prefer nuts and mainstream fillings to more "exotic" flavors, so I was hesitant about these bars. And there's a whole New Agey-goodness about the packaging that made me look at them askance.
But I'm here to tell you ... heeyyy now! Wow. I was happily--very happily-- surprised. I first tried the dark with flax seeds and crisped rice. The chocolate was excellent quality. Not too creamy, not too bitter, and the flax and rice gave it a nice crunch. It wasn't at all gritty or grainy, as I feared it might be. Mr. Goodbar also enjoyed this bar. I know, because it was gone the next day.
Last night he was circling my desk like a shark, looking for an end-of-the-evening treat. "What about the Superfruit?" he asked.
Fine, I said. Just give me a piece.
What can I say? I LOVED it. Again, that lovely, balanced dark chocolate, only this time, there were little bits of dried, chewy fruit. Here's where they did things absolutely, totally right. The fruit bits are tiny, so you don't feel like you're eating a fruitcake. Instead you get smooth dark chocolate first, then a juicy, tart fruit burst at the finish. Now I'm totally anxious to get my hands on an orange or a cinnamon bar. This is some good shizz, my friends, and I'd like to share. So I'm giving away the last two bars, ginger and lavender, to one lucky Yumster.
Here's what you need to do to be considered: tell me about a food (doesn't have to be chocolate; it could be anything) that surprised you, either good or bad. What did (or didn't) you expect? Remember to leave a way for me to contact you in case you're the lucky random recipient. Also, U.S. residents only, please. I'll pick a name on Weds., Jan. 19 at approximately 8:38 p.m. EST.
Posted by Candy Yum Yum at 8:19 PM 14 comments:

In the February 2011 issue of Consumer Reports, there is a piece called "Dandy Candy-- at a price." They tested some high-end chocolates and here were their picks for overall excellence, in order of taste quality:


I've only tried five on the list (L.A. Burdick, Jacques Torres, John & Kira's, La Maison du Chocolat and Theo), so I have some work to do. Of course, I'll have to take out a second mortgage on my house to do so, but it's a small price to pay for top-notch chocolate.
Posted by Candy Yum Yum at 3:31 PM 6 comments:

Addendum: Best Chocolates with a Conscience 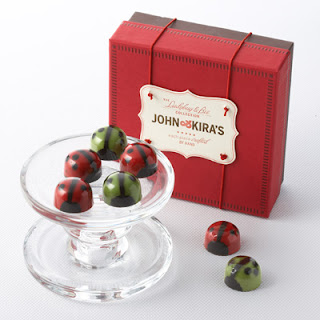 The Necco Door Neighbor left a comment the other day saying that she had ordered several boxes of John & Kira chocolates as Christmas presents for friends. I realized that I inadvertently left John & Kira's off of my 2010 Year in Review and they so deserve a place in the spotlight.
As you may recall, Father John gave me a box of John & Kira's chocolates at Halloween. Not only are they really delicious, but they also get props for using ingredients like honey and fruits from small farms, mint from student gardeners and coffee from farmers using sustainable practices. So John & Kira's, you get the "Best Chocolates with a Conscience" award.
If you check out their website now, you'll see that they're having a sale on some of their items. I love the raspberry and mint ladybugs. If I wasn't already stocked up on chocolates, I'd be tempted to order some for myself.
Posted by Candy Yum Yum at 3:15 PM No comments:

The Best Candy of 2010 (and the Worst, and the Strangest)

Happy New Year everyone! I hope you all had a wonderful Christmas. Looking back at 2010, I feel like it was kind of a low-key candy year. There weren't a lot of new candy releases, and there wasn't much that totally rocked my world. But, having said that, there were some definite highlights to the year. 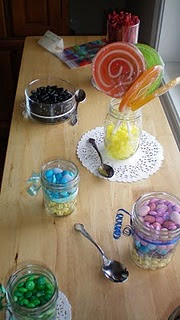 Worst Candy of 2010
Let's get the negative stuff out of the way first. Unfortunately, it's usually pretty easy for me to pick the year's worst candy, and 2010 was no exception. 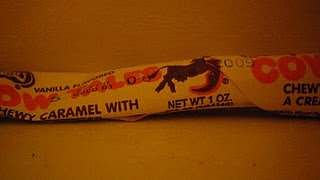 The Sugar Baby got a nasty expired Chick-o-Stick and Cow Tale in his trick-or-treat bag, although I can't really claim that was the worst, since it had everything to do with the date and nothing to do with the product. So the winner (or loser, I suppose) is Haviland Wintergreen Mint Patty. I don't feel too bad saying that, since the product has since been discontinued. Their Orange Mint Patties, however, are delicious.

Most Unusual
The most unusual candy I tried this year was a Shiitake Mushroom Truffle. What was even stranger than the truffle was the post I wrote about it.

Other candies of note that I tried this year included:

Some more deliciousness from Q.bel (which was the Best Candy of 2009).

I took one for the team and sampled some Sorbee Sugar Free Chocolate.

There were near-riots in the house between me, Mr. Goodbar and No-Nuts over See's Easter Truffles.

I was excited to try Toblerone Fruit and Nut. 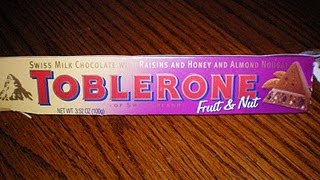 I loved the whole concept and taste of South 'n France Bon Bons (especially the coconut ones).

Wonka impressed me with their new bars, Marvels and fruit jellies.

While not my all-time favorite M&M flavor, the Pretzel ones were fun to try and a good option for dieters.

A company I'd never even heard of before-- DeMet's-- surprised me with their yummy caramel Treasures, and the fact that they're made just a few towns away from me. 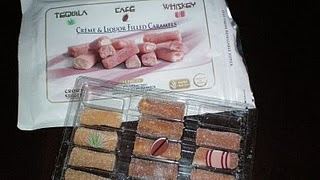 People
2010 was a year for personalities. The Sugar Baby introduced me to "Mr. Candy," an invisible (hopefully) character in his life. He came up in several conversations before fading away.

I made some new friends this year. Kendra from Ontario, I still owe you some chocolates! I haven't forgotten. You're the sweetest!

The Candy Professor brought some real street cred to the candy world.

I was so psyched to be able to interview April Winchell, a.k.a. Helen Killer from Regretsy, about her father's role as the Tootsie Pop Owl voice. 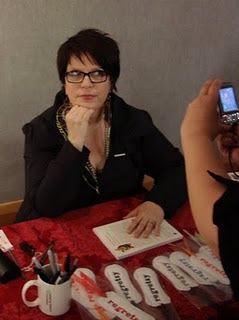 And someone actually wanted to interview me! I love Jen's blog, My Morning Chocolate.

A fun event for me was a conversation about candy that actually turned into a three-part news story.

And what a way to end the year. Yumster Philly sent me a photo of a cupcake that she created from my drawing of Mr. Candy Corn! How awesome is that?! 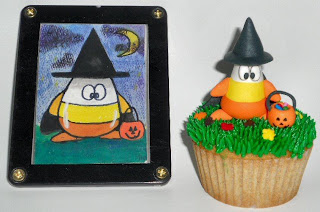 2010 was the year of the big 4-0 for me and lots of my friends. Candy buffets and gifts were plentiful. 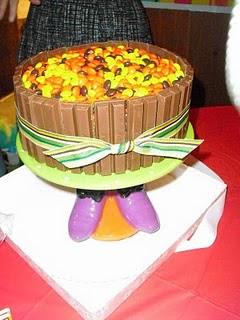 There was also the Sugar Baby's 4th birthday which was a candy theme. 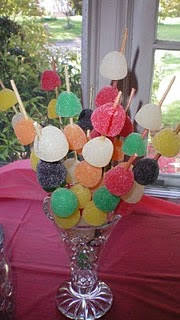 And now, the moment you've all been waiting for. What was the best candy of 2010? I've narrowed it down to the following: 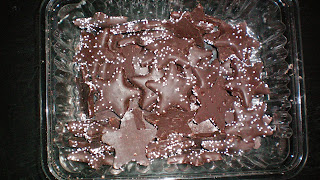 Hmmm. Notice a trend here? Trader Joe's did a bang-up job this year in the confection department. I suppose I have to disqualify the chocolate stars, though, as they are really cookies. I loved the Ritter Sport Strawberry Creme, but I still prefer their Cornflake version, so that rules that one out. I think I have to say, based on taste, uniqueness and all-around good lovin', I'm going to choose Trader Joe's Dark Chocolate Nutty Bits as the Best Candy of 2010. Would you believe I don't even have a picture? It just so happened that I tried these during a time when I was having camera woes. In any case, I would have preferred to choose a candy that is readily available throughout most of the U.S., so my apologies to you Yumsters who don't have a TJ's near you. Perhaps 2011 will be a more all-inclusive year.